If not for a catch-up on Facebook last week I might have been oblivious to Cape Town’s unfolding environmental catastrophe. A casual browse of my timeline revealed that most of my South African friends have been posting about little else for weeks. The water reserves are running dry and the day Capetonians turn on their taps and nothing comes out — Day Zero, currently pegged for 19 April — is now less than a couple of months away. Learning this is a complete disconnect for me; this is not the Cape Town of my youth, when we were lashed by winter rains yearly. It pains me how out of touch I am with my hometown. My mother and I have a FaceTime chat every Sunday, but she’s never mentioned Day Zero. Is it actually happening?

Then today I have a couple of text conversations on WhatsApp that are like despatches from a post-apocalyptic future. My step-brother, R, is travelling from his home in New Zealand to Cape Town for his first visit in years. R, and his sister, V, are the children of my step-father from his first marriage. My mother isn’t their mother, their father isn’t my father, but somehow we are a family. We call our parents ‘the folks’. R has flown for a day and reached Dubai, where he will pause for a couple of days before flying on. A picture arrives in WhatsApp that may or may not show his hotel. I’m hazy on the details. 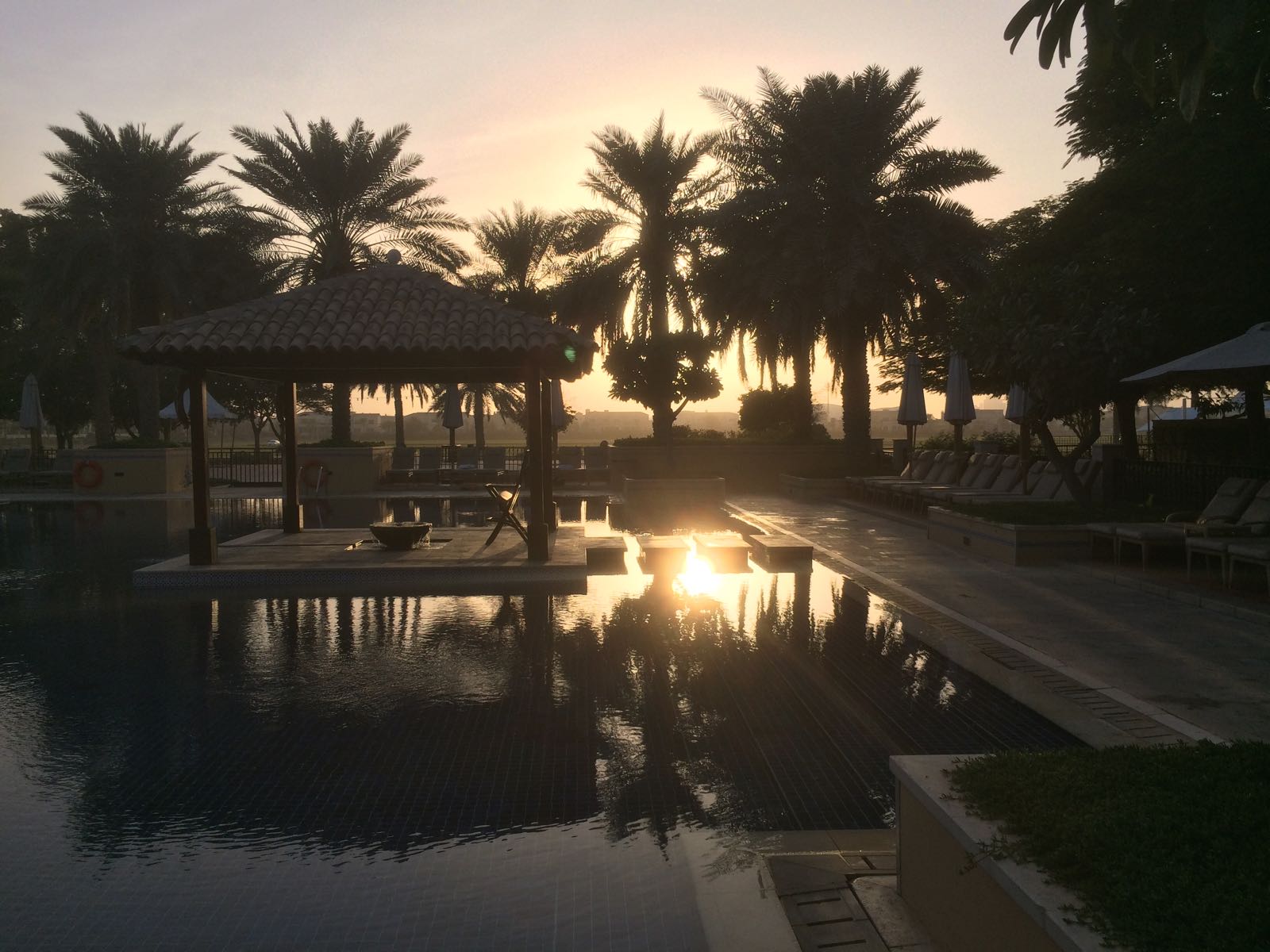 When I get to the folks’ place, his message reads, I’m installing some water tanks and a generator. Don’t they already have a plan? I ask. They do not, he replies. I’ll set up a couple of water tanks and filter the swimming pool water. Pump the water into the tanks. With the right treatment it can be drinkable — five thousand litres should get them through two months at eighty litres per day. When it rains (if it rains) they’ll catch the rainwater. I tell him he’s a hero and a saint. All the same, I picture him in a sun lounger at his hotel pool, typing these messages with one hand, sipping a Mai Tai with the other. There is, of course, the unspoken guilt: he’s flying out there to actually do something about a drought while I huddle in damp Kent, complaining about the storms and the rain. On my commute to London I walk over the river Eden which looks closer by the day to bursting its banks.

I have a photograph of myself in that pool taken more than twenty years ago. I’m holding my arms in front of my face while my mother sprays water on me from the garden hose. The sun is shining, we’re both laughing. It’s an image from a past that already seems like it never happened, a past that should have never happened. The white South African dream is crumbling. The only surprise is that it’s taking this long.

Next, a message comes in from Port Elizabeth, from one of my oldest friends, T. He has some time on his hands as he’s just fumigated his house and he’s sitting in the garden waiting for the poisonous air to clear. I mention Cape Town’s impending Day Zero and R’s plans for the water tanks. Yes, he says, they’re in deep shit down there. We’re not doing so great up here, either. I’ve got a water tank myself. Why were you fumigating? I ask. Fleas, he says. A plague of fleas. Not locusts, not yet.

19 November 2017 We are in, at last. The cottage in Kent, with its shabby textured wallpaper and dated bathroom, is finally our home. What’s more, I’ve left London

26 March 2021 This week saw the anniversary of the first COVID lockdown in the UK. Here are a few notes I’ve made over the past twelve months — a little